Build a network device that does exactly what you need. If your requirements change in the future, you can just get the missing part. 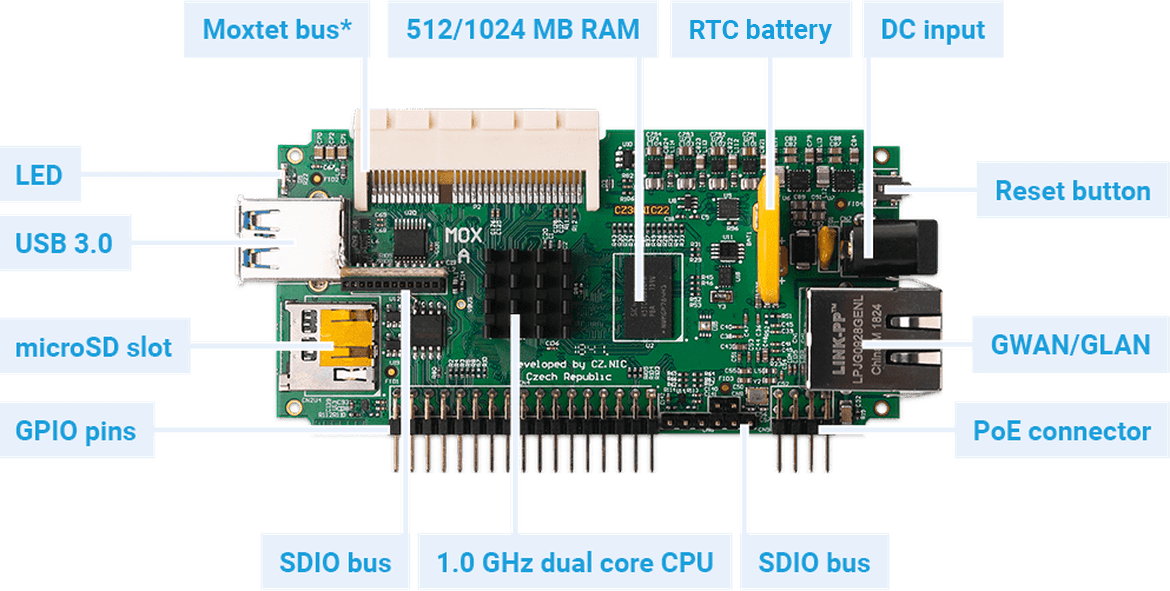 * The original Moxtet bus is used to connect the expansion modules to the MOX A module.

MOX A (Basic) is a universal network microcomputer with gigabit connectivity and USB 3.0 port, and is the basic building block of every MOX set.

MOX A is available in two variants – 512 MB RAM and 1024 MB RAM. The first one is included in the MOX Pocket Wi‐Fi, Power Wi‐Fi and Classic, the second one in the MOX Start, which is the starting point for a customized network solution composed of Turris MOX components.

The MOX A module is supplied only as a part of the MOX sets, including power supply, microSD card and plastic chassis. It is sold separately only after previous arrangement and only in larger quantities.

The MOX B allows you to add more hardware to your configuration. It contains an mPCIe slot for a compatible Wi-Fi card, disk controller or LTE modem. If you choose to install an LTE modem, the MOX B features a SIM card slot that you can use. 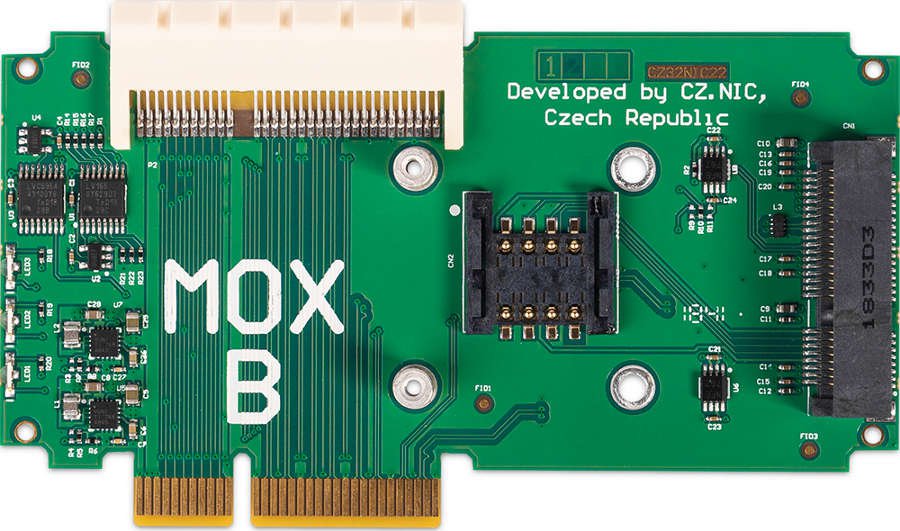 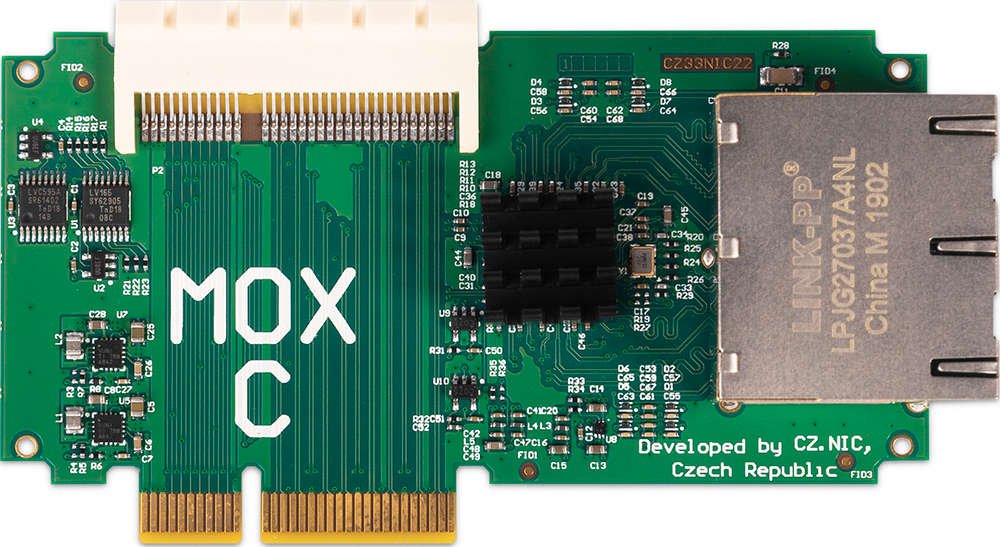 The MOX D module contains an SFP connector for an optical connection (with speeds of up to 2.5 Gbps) or compatible adapters.

The MOX E module is an ideal choice if you need more ethernet ports to connect devices to your network. It has twice the width of the other modules and contains an eight-port manageable switch for gigabit ethernet.

The MOX F module expands your configuration with more USB 3.0 ports with transfer speeds of up to 5 Gbps that you can use to connect external drives, TV tuners and other devices.

The MOX G module with an mPCIe slot allows you to connect a compatible Wi-Fi card to achieve significantly higher speeds than SDIO (we recommend the original mPCIe MOX Wi-Fi add-on). It also has a SIM card slot for users who are considering an mPCIe LTE modem.

MOX G has the same features as MOX B and additionally a pass-through PCIe bus, which means that it can be used together with the MOX B or MOX F. 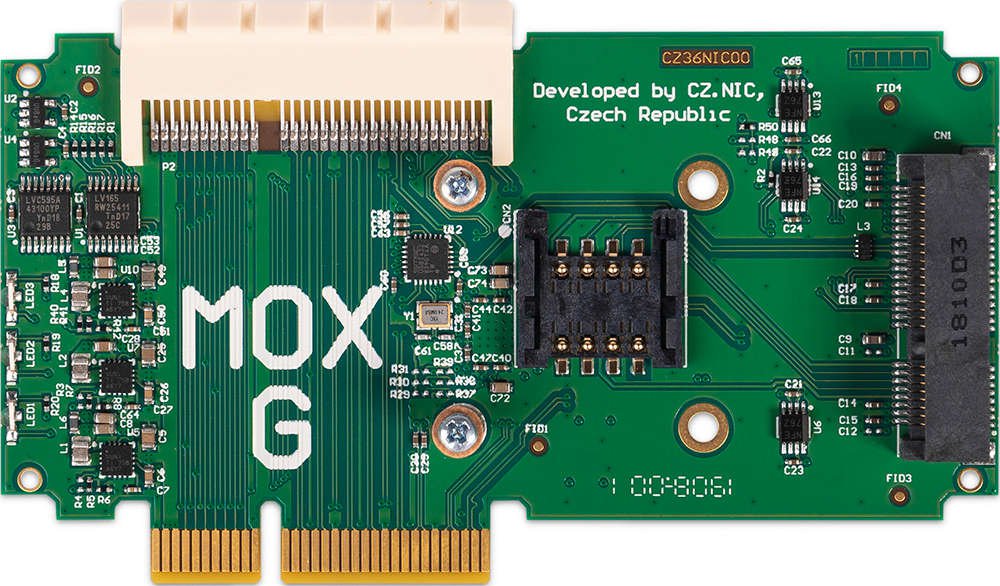 All the modules are supplied in a plastic case. 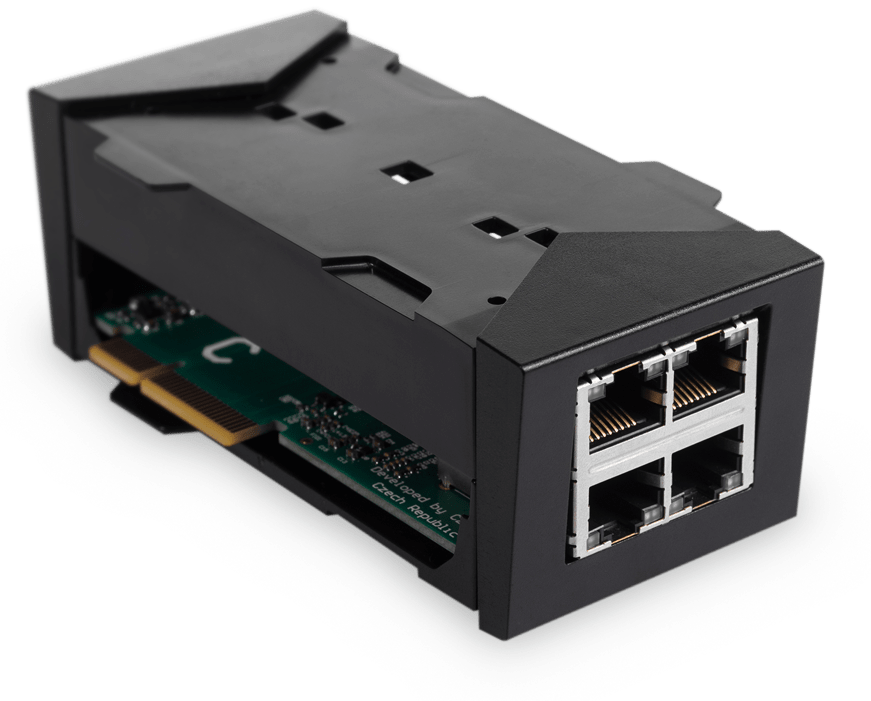 We recommend the original MOX Wi-Fi add-on (mPCIe) as a Wi-Fi card to the modules MOX B (Extension) and MOX G (Super Extension). It has been tested together with the device. Other Wi-Fi cards can be used too, but we can not guarantee proper functionality.

All information about Turris MOX can be also found in the brochure (PDF, 7.2 MB).

Do you want to build your own MOX?